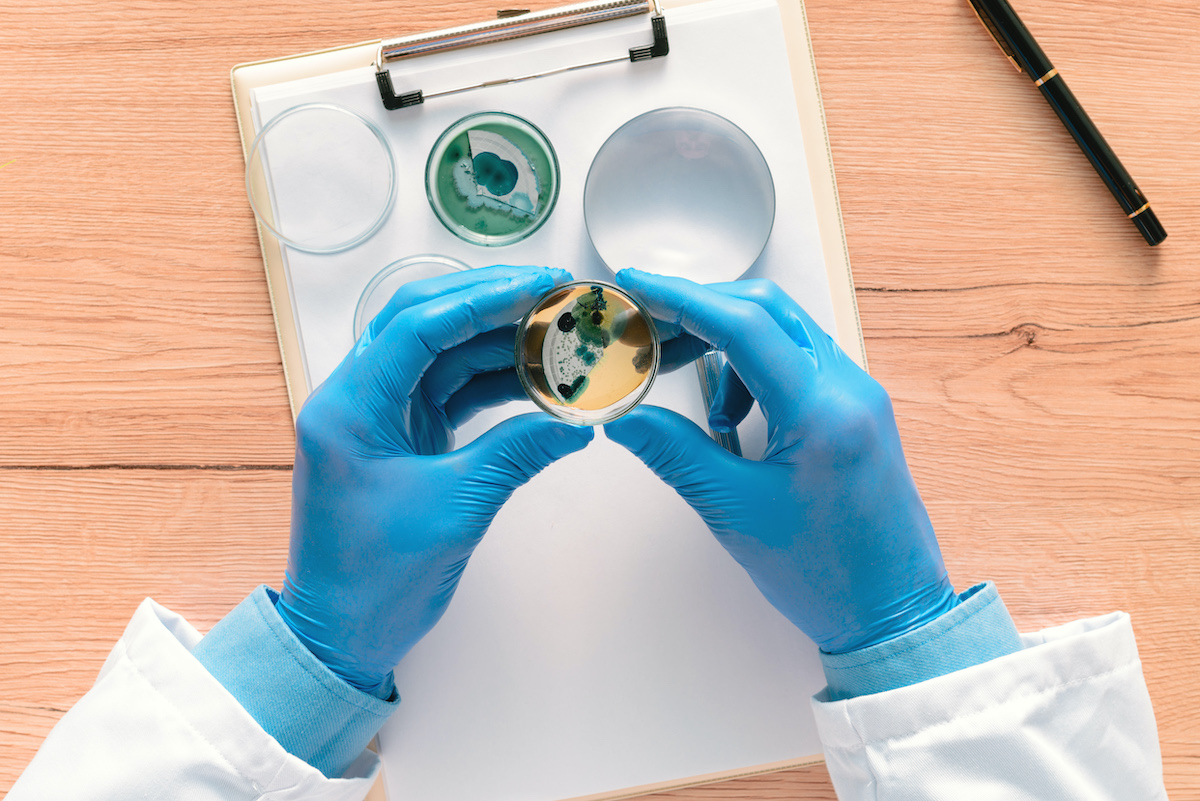 Ventilator-associated pneumonia is a common complication of critical illness. When multidrug resistant, Gram-negative pathogens are the cause of the pneumonia, the illness is particularly difficult to treat. Zhou, Fowler, and Toone are developing a new antibiotic that kills bacteria by inhibiting a particular enzyme involved in the synthesis of bacterial outer membrane. The DTRI funding will allow them to demonstrate the efficacy of this novel class of antibiotics against pathogens in mice, the next step in the journey of developing a new therapy. 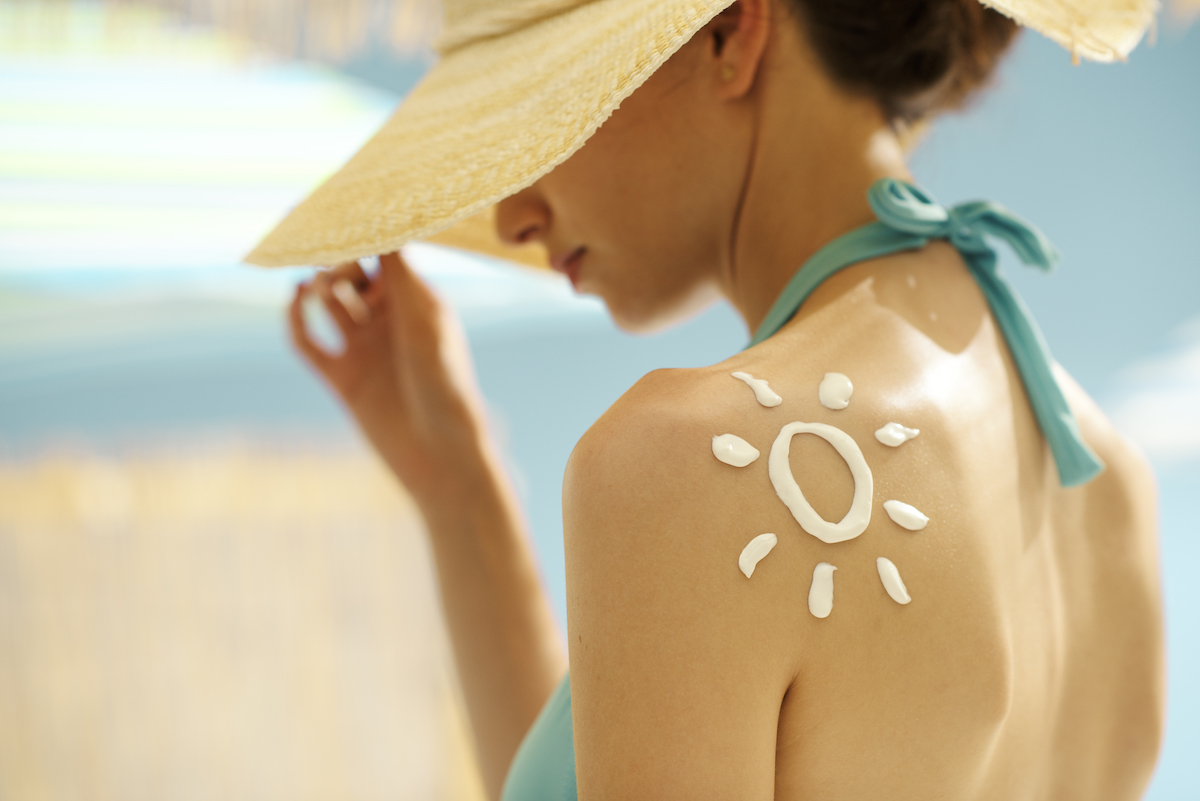 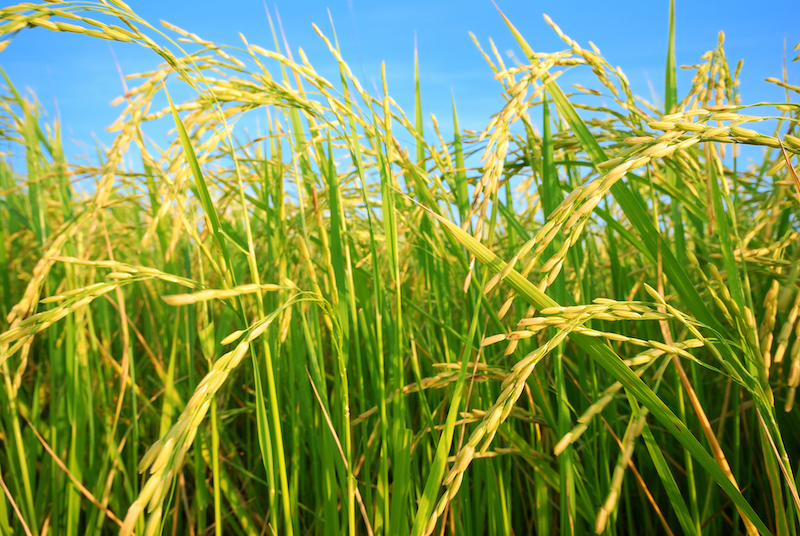 Rice is one of the most important staple crops, responsible for providing over 1/5 of the calories consumed by humans worldwide. Diseases caused by bacterial or fungal pathogens present a significant problem and can result in the loss of 80% or more of a rice crop. 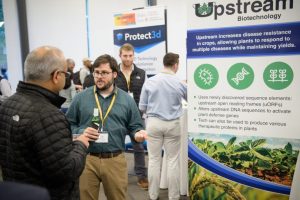 Although there is a long history of research into engineering disease-resistant plants, a practical application for using these methods in crops results in lower crop yield as the plant is diverting its energy to maintaining a constant active defense.

“Immunity is a double-edged sword, ” said study co-author Xinnian Dong, professor of biology at Duke and lead investigator of the study. “There is often a tradeoff between growth and defense because defense proteins are not only toxic to pathogens but also harmful to self when overexpressed,” Dong elaborated. “This is a major challenge in engineering disease resistance for agricultural use because the ultimate goal is to protect the yield.”

Previous studies have focused on altering the coding sequence or upstream DNA sequence elements of a gene. These upstream DNA elements are known as promoters, and they act as switches that turn on or off a gene’s expression. This is the first step of a gene’s synthesis into its protein product, known as transcription.

By attaching a promoter that gives an “on” signal to a defense gene, a plant can be engineered to be highly resistant to pathogens, though at a cost to growth and yield. These costs can be partially alleviated by attaching the defense gene to a “pathogen-specific” promoter that turns on in the presence of pathogen attack.

To further alleviate the negative effects of active defense, the Dong group sought to add an additional layer of control. They turned newly discovered sequence elements, called upstream open reading frames (uORFs), to help address this problem. These sequence elements act on the intermediate of a gene, or messenger (RNA, a molecule similar to DNA) to govern its “translation” into the final protein product. A recent study by the Dong lab in an accompanying paper in Nature has identified many of these elements that respond in a pathogen-inducible manner.

The Dong group hypothesized that adding this pathogen-inducible translational regulation would result in a tighter control of defense protein expression and minimize the lost yield associated with enhanced disease resistance.

The Dong group then sought to apply these findings to engineer disease-resistant rice, as it is one of the world’s most important crops. They created transgenic rice lines containing the transcriptional/translational cassette driving expression of another potent “immune activator” gene called AtNPR1. This gene was chosen as it has been found to confer broad spectrum pathogen resistance in a wide variety of crop species, including rice, citrus, apple and wheat.

The transgenic rice lines containing the transcriptional/translational cassette were infected with bacterial/fungal pathogens that cause three major rice diseases — rice  blight, leaf streak, and fungal blast. These showed high resistance to all three pathogens, indicating broad spectrum resistance could be achieved. Importantly, when grown in the field, their yield — both in terms of grain quantity and quality per plant — was almost unaffected. These results indicate a great potential for agricultural applications.

This strategy is the first known use of adding translational control for the engineering of disease-resistant crops with minimal yield costs. It has many advantages, as it is broadly applicable to a variety of crop species against many pathogens. Since this strategy involves activating the plants’ endogenous defenses, it may also reduce the use of pesticides on crops and hence protect the environment. 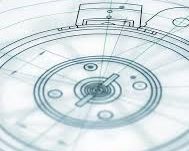 Quadridox provides design, development, and analysis of sensing and measurement systems to commercial and government agencies in the security, medical, and commercial spaces.

They were recently asked by the Department of Homeland Security (DHS) to develop a new type of X-ray scanner that combines the best features of two technologies: the ability to detect not just the 3D shape of an object but also its molecular composition. The resulting device could one day become standard in airports the world over. 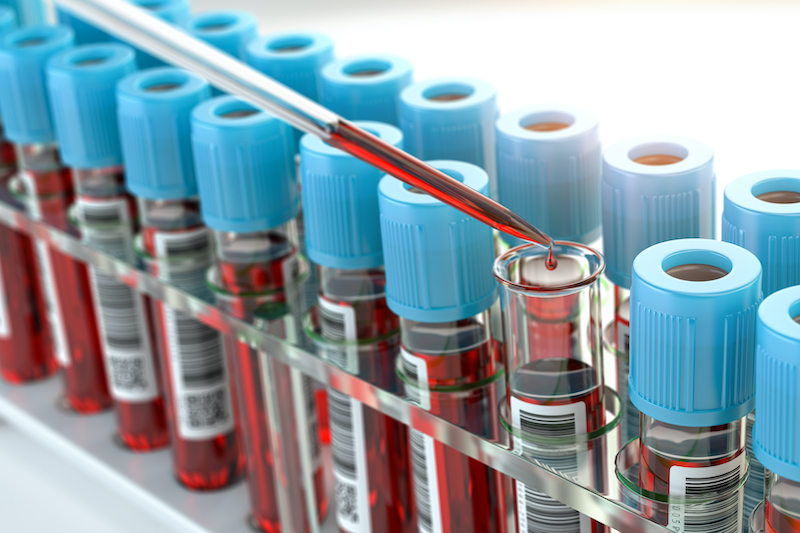 Qatch Technologies develops microfluidic instrumentation that prescreens injectability and manufacturability of biopharmaceutical drugs to de-risk the preclinical phase in the drug development process.

QATCH is developing a tool to prescreen injectability and manufacturability of biopharmaceutical drugs. The goal is to determine the feasibility of viscosity characterization of high concentration protein formulations (HCF) by QATCH’s microcapillary quartz technology.

HCFs are non-Newtonian fluids with shear-thinning behavior and they are administered to patients by subcutaneous or muscular injections. The injectability of HCFs depends on the viscosity at high-shear-rates (usually over 100,000 1/s). QATCH’s proposed technology implements a microfluidic capillary viscometer on a quartz resonator. This unique combination can interrogate low shear-rate regimes while also measuring the thickness-shear mode resonances of the quartz resonator, which observe viscosity values over 1,000,000 1/s. As a result, the viscosity of HCFs can be characterized over a wide range of shear-rates with very small fluid volumes. In preliminary studies, QATCH had demonstrated that microfluidic quartz can measure viscosity at high-shear-rates experimentally and had modeled the response of the microfluidic quartz resonators to capillary filling of shear-thinning fluids. To accomplish the objective of this SBIR proposal, QATCH will test the low and high-shear rate measurement capability of the system and then calculate the required injection forces for well studied formulations. 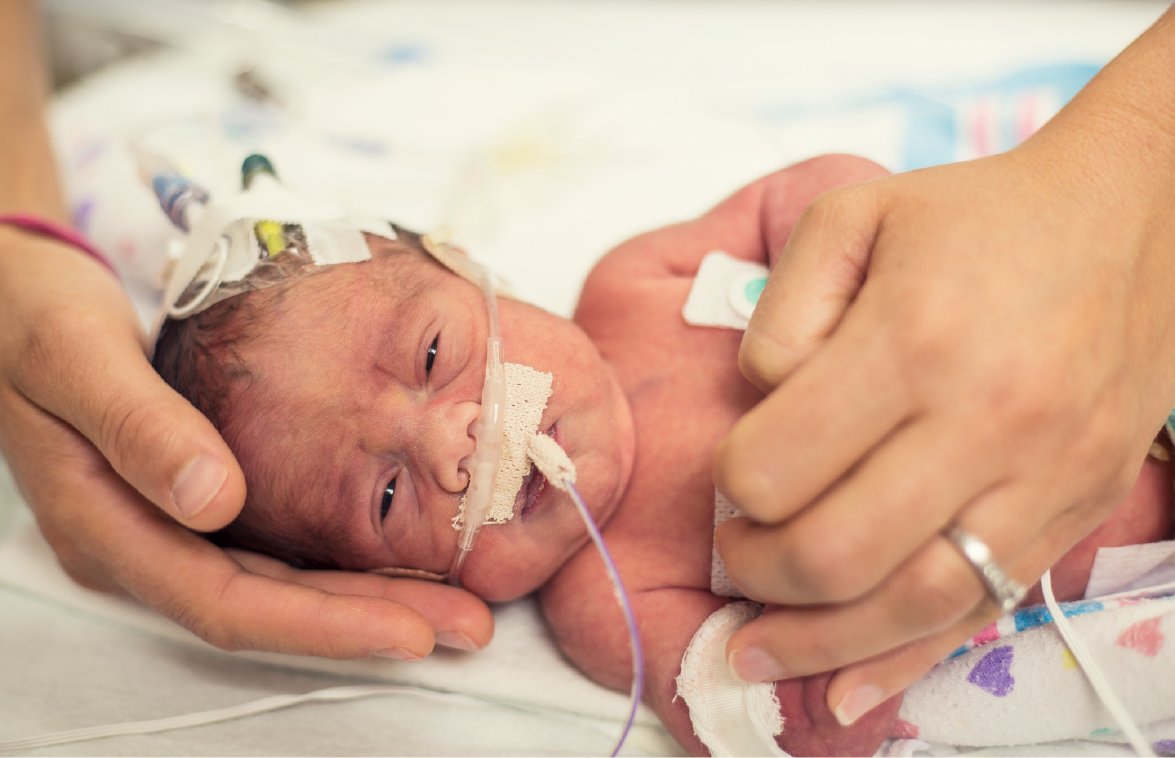 Tellus is a mission-driven company dedicated to developing safe and effective treatments for unmet needs in newborns.

Founded in October 2018, Tellus is translating breakthrough science licensed from Duke University in which compounds identified in breast milk induce the regeneration of myelin-producing oligodendrocytes and repair white matter injury (WMI) in an animal model of perinatal brain injury. Tellus’ goal for its lead asset (TT-20) is to provide a treatment for every baby born at risk for brain injury and improve neurodevelopmental outcomes for affected children.

Through the development of TT-20, Tellus is pioneering a regulatory path for ’First-in-Neonates” programs that leverages advances in clinical tools and regulatory guidance.

As a preclinical stage life sciences start-up company, Tellus is focused on planning, funding and executing development programs to demonstrate safety and efficacy of new therapeutic interventions in newborns. Tellus aims to leverage institutional support, non-dilutive funding, equity investment and patient advocacy to discover, develop and commercialize a pipeline of products that improve care delivery, outcomes and lives of patients and families. 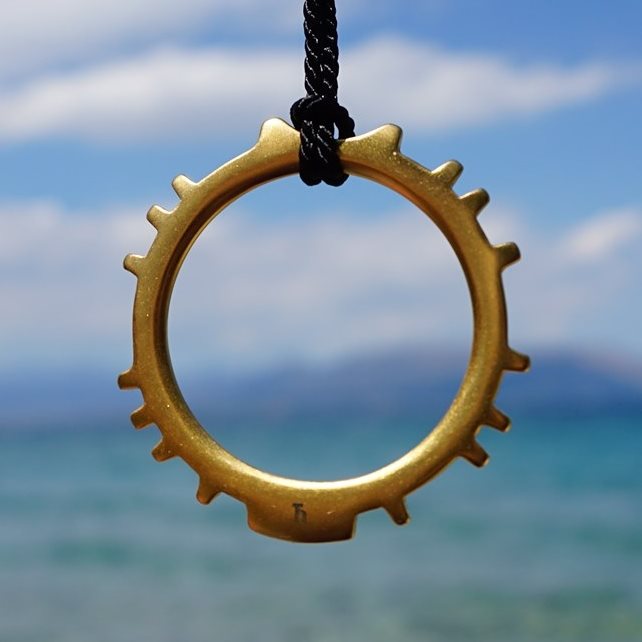 The Hydrean is a new mindful tool designed for use by anyone, anywhere, and anytime. Its tactile design and intuitive features help to guide your awareness towards intentional living. The Hydrean offers an instant sanctuary within you; a mental space to perceive, reflect, and contemplate the world anew. Let your fingers guide your perception and start to think differently.

A simple routine unlocks a hidden sanctuary within you.

Explore the Hydrean with your fingertip and feel the difference in elevation. There are three different types of intervals (grooves) all around the ring — short, medium, and long (1,2,3). You might also notice two longer elevations on opposite sides of the wheel, with each of them curving in opposite directions. Once you can identify these areas, start by placing a finger anywhere on the wheel and follow the directions below accordingly. Rotate your Hydrean in any direction to progress from one prompt to the next all at your own pace. 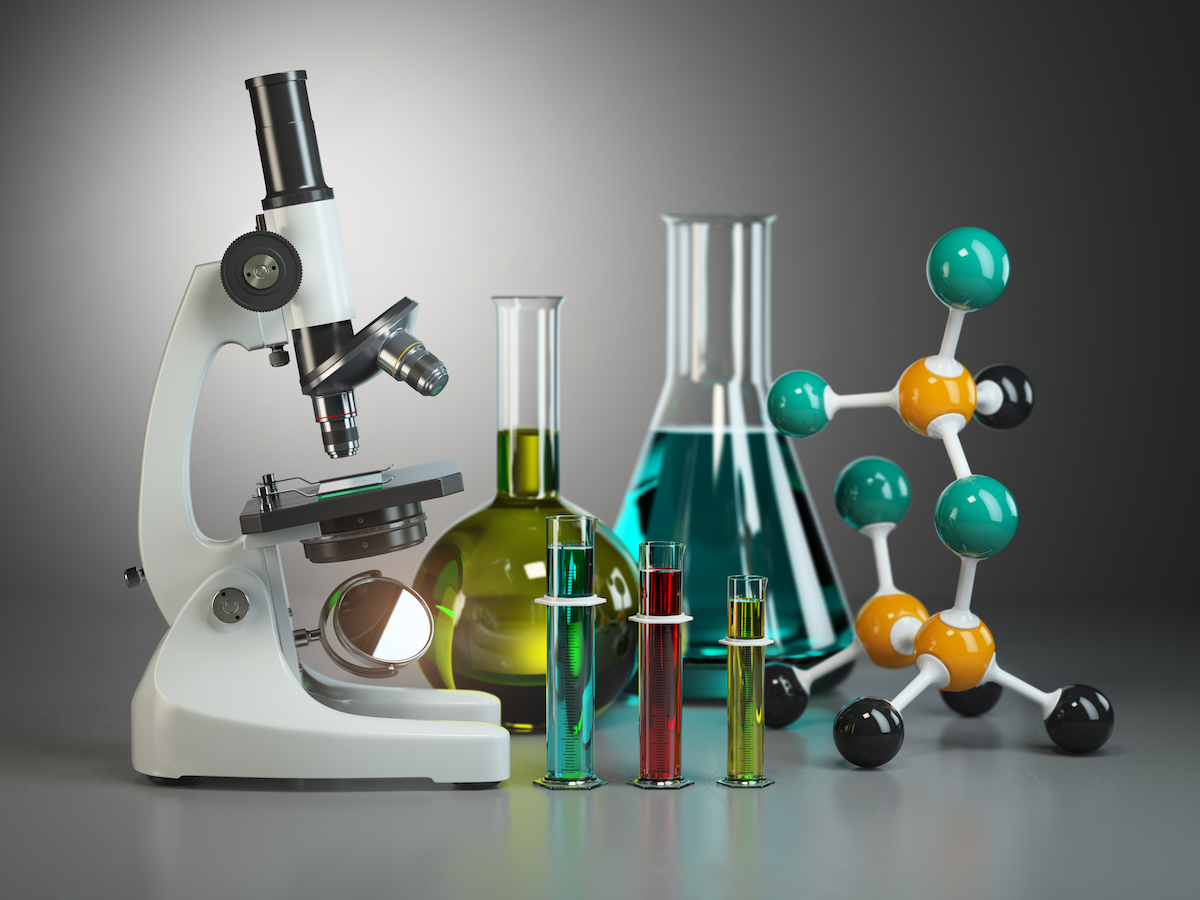 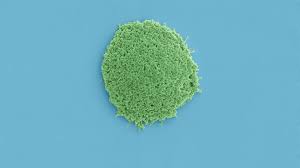 INSPIRED BY NATURE, MOTIVATED BY HEALTH

Proteins form the essential, insoluble backbone of our cellular environment. We genetically engineer protein-based materials to mimic those naturally found in this environment. By borrowing from nature’s toolbox, we further modify these proteins to assemble only with body heat allowing complex cellular environments to be created with simple solution injections. 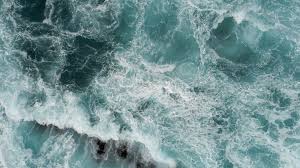 Tumult Labs builds state-of-the-art privacy technology to enable the effective use of data while respecting the privacy of contributing individuals. Their technology enables the safe release of de-identified data, statistics, and machine learning models. All of their solutions satisfy differential privacy, an ironclad, mathematically-proven privacy guarantee.